Well what a totally amazing night this ended up being. Probably one of the best nights we have had out together and full funny incidents.

The 8th Jan was one of Pink Punters Big Night Out events in conjunction with tv Chix (www.tvchix.com). This means that it is primarily a night where lots of trans get together and are in the majority instead of being in the minority compared to other club nights.

As usual we went to the Campanile hotel opposite PP. As it was just the 2 of us, which to be honest I really love, we could get ready in our own time and also spend some time being together being us with no kids around. Lucy can be slow in getting ready too so we had no time limit and not rushing to meet anyone at a specific time. I know Lucy loves having other people go with us however I just love it when it is the 2 of us.

This time as our older daughter was not with us and as Lucy has been very lax in learning how to apply her own makeup, it fell on my shoulders to be the makeup artist for the evening. After getting ready myself, wearing my lovely new playsuit and new sandals (see previous post) I started on Lucy's makeup. I also had a new bag that was not too big but big enough to let me put in some glittery dolly shoes to wear when my feet start to ache later in the evening which they always do. Lucy was not impressed!

When we used to go out years ago it was me that did her makeup for her, the only difference now is that she has a far better box of tricks than she ever had before and a far better range of makeup than me. I still felt a bit under pressure as obviously I have not been professionally trained like our daughter. Despite this both Lucy and I thought I had done a good job. I had also washed her hair for her since the last time we had been out so it was smelling nice and it is mad as it is only when she puts the hair on that my Lucy truly appears in front of me as she should be.

Lucy had a choice of 2 dresses to wear, one a favourite of hers, a Superdry dress and the other the newly bought Batman dress (she also now has matching batman bra and knickers!). She opted for the Superdry dress and knee high pointed black boots. I think we both looked fab even if I say so myself.

After tottering over the road to PP and trying to avoid the muddy grass verge we found that there was no queue at all to get in. Overall there were less people there on this evening however it is probably due to the fact that people are still skint after Christmas. No need for queue jumping this time. We went straight into the usual dance floor. There were a lot of other girls out for the evening, some together with other girls, some with their partners and wives and some just on their own. One observation I noted was that in quite a few cases the girls were dressing and looking like their wives. In one instance they had almost exactly the same matching colour outfits on. Interesting to note as I think years ago in the early days of going out we too dressed and looked very similar but I think that was because Lucy was still discovering herself and her own style. These days we dress completely differently and don't look alike.

We were dancing from the moment we got in there and drinking too. When we are out and about in a club atmosphere we do like a drink. Although the place was not packed it was comfortably busy. There were a couple of girls we recognised from the last time and plenty of friendly faces although another observation I made is that trans girls do seem to blank other girls they do not know. They can walk past each other and not even give a hello smile or a small acknowledgement nod or anything which is weird as when I lock eyes with anyone in life I always give a smile or nod or something. One unusual thing on these specific trans nights which you don't get on a usual PP club night is there are a lot of 'admirers' there too which means the girls do get attention from men. I know this is probably very flattering for the girls however as a partner it can be a little uncomfortable. Lucy attracted her fair share of admirers this evening and I generally let her get on with it as she knows the boundaries and I trust her. As it would happen I was getting attention from a couple of lesbians anyway so was dealing with my own avoidance tactics as it was attention I didn't want especially when one was leaning in for a kiss!

Halfway through the night Lucy decided that she had got a bit hot and sweaty from all the dancing so we nipped back to the hotel (huge advantage with it being just over the road) and she changed into the batman dress. There was no problem getting back into PP and the night continued. By this time I had made some new friends, several trans girls so we spent time dancing and chatting together and Lucy had befriended a group of CIS girls so was off dancing with them. My feet were killing me in the new sandals so I changed into the dolly shoes much to Lucy's disgust..... she can't speak as she kept taking her boots off and dancing barefooted. We did this last time and it took lots of scrubbing to get all the black off our feet so I wasn't going to risk it this time.

The evening passed with no major dramas and Lucy at this point had managed to hold onto to her purse. She had a new bag which was slightly larger and more secure so nothing could drop out. I have no idea how it happened but I ended up with someone's dress! I don't know how I came to have this dress and ended up wearing it over my playsuit for a short while. No one claimed it so I brought it back with me. Turns out it is the right size for Lucy so guess she will end up with it. We had a laugh about it the following morning as she could not believe I had come home with someone's dress.

God knows what time we got to bed but know it was after 6am. At 10 the room phone rang and it was the hotel reception. There we are thinking Lucy has not lost anything all night and it turns out that as we were coming back in she must have dropped her purse when looking for the room key. Apparently some kind person had found it and handed it in to reception. Yet again all the contents were intact and the cash and cards were untouched. How amazing!

All in all it was a fantastic night. We have the Valentines weekend booked for 12/13 February and will be doing 2 nights. Back in the old days this was something we would regularly do easily but hope we can still do it as we both felt tired the next day however we would not have be up and out of the hotel room with little sleep and would not have the long drive back home until the second day. I sure we will be fine :) 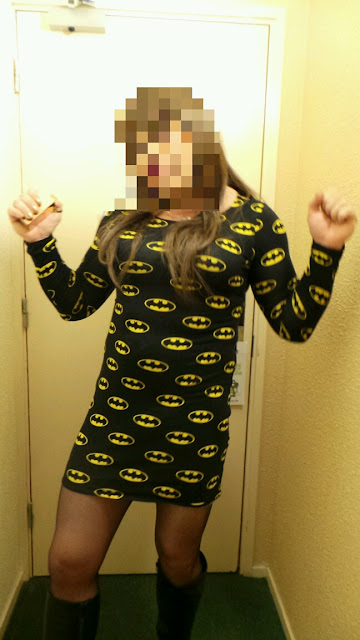 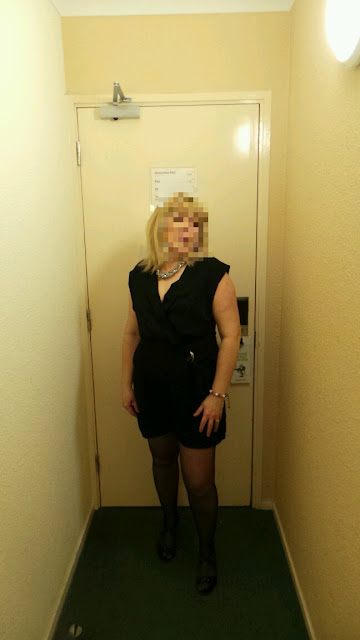 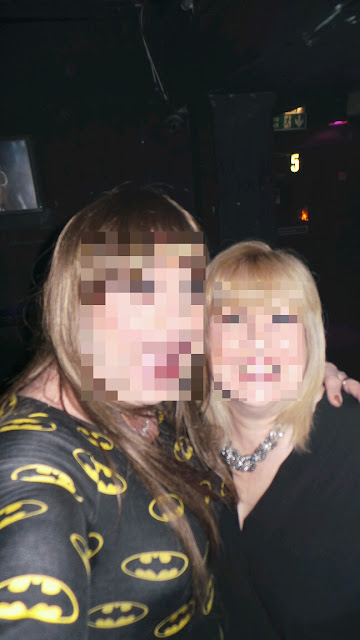