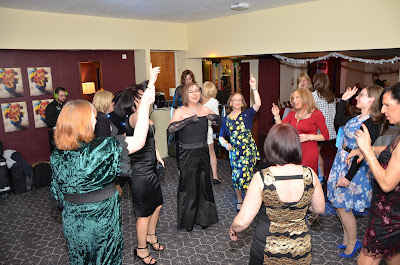 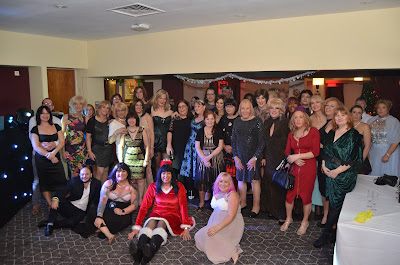 Blimey is it really that long ago that I updated my blog?!! It is funny how life just takes over and you don’t realise how much time has passed. Well now I’m going to probably inundate you with updates as I have a few things to write about!

Dust has now settled on the ‘worlds first open transgender referee’. Lucy still gets requests to be involved in events and has done some of these over the past few months. One of the notable things was for Lloyds Banking Group who did an LGBT webinar across the whole of the group for their staff and had various representatives from the community. Lucy had a 20 minute slot to talk about her life and experiences and it was really well received and she received some great feedback from attendees and gained some additional Twitter followers. She has been contacted by Sky News and Sky Sports with various projects they want her involvement in during 2019 too.

In February she is a speaker at Just a Ball Game’s seminar #strongertogether which is hosted by The FA at Wembley Stadium. The event is supported by GMB Trade Union, The Professional Footballers’ Association, UCFB, KIO and others, and will see a day of interactive workshops, networking, guest panel speakers from football clubs, fan groups, players, referees, coaches, education establishments, the police, media, and other sports organisations coming together to showcase the great partnership work done in collaboration with JBG. I have a ticket so will be going along to support her as well as all the other speakers and it looks like a great day out.

In other news we have been to Pinks a few times including NYE, hosted the 1st ever Trans Radio Christmas Ball, I have been involved with the first bite size Trans Awareness training sessions with our local NHS authority and Lucy had her final GIC appointment (blog posts for all to follow).

We had been looking forward to Christmas so much however Lucy had issues with her taxi which meant she was unable to work and then health issues plagued her which meant we were back in A&E on Boxing Day evening. This time we went to a different hospital under the same local NHS Trust but as luck would have it, my friend Carole who is a sister there was on duty (see more in blog post about the NHS Trust to follow). No mis-gendering or confusion however this was more to Carole’s presence than any change in policy.

We had booked a family trip to Butlins between Christmas and New Year and were meeting one of my sons, his wife and son, another couple we know and our friends Jenny and Ethan and their 6 kids however Lucy felt too ill to go. It was very sad for me to be there with our daughters and not her but in reality she was too unwell to go and enjoy herself. I know she felt gutted as we had both looked forward to this break fro the past year.

Lucy is getting better than she was but we are still waiting on some follow up appointments with various departments to try to get her properly better once and for all!
Posted by Avril Clark at 14:01 1 comment: