After numerous false starts over the past 3 years and 17 years of living a double secret life the time is coming when everything becomes one. It is an exciting and nervewracking time. It seems that unlike many other trans people Lucy has been slow approaching this goal. I speak to many partners who have been running along after their loved one trying to catch up with them as they are like a horse who has bolted; once the partner has been told they want to declare it all to world and are on full speed ahead leaving the partner stunned in the wake. It has not been like that for Lucy. She has considered every single option from every single angle and from my perspective it has been like dragging a reluctant horse out of the stable!

There have been various times we had planned to tell everyone but there has always been a reason not to, the latest being a very good reason with all her heart issues (I will let her off this one). Each time a plan is made I silently psych myself up, plan the conversations in my mind and then it all stops. Emotionally I don’t think I can do this anymore. I cannot keep living this twilight world, keeping secrets from people, not being honest about what we are doing, trying to remember which pronoun and name to use around different people. This has to be the final time, the real time, it is time to be us, the real Avril and Lucy.

She has lived full time as Lucy for over 2 years, it’s just people don’t realise she is there as they are not seeing her as she is not shoving it in their faces. She changed her name nearly 3 years ago, bank accounts, passport, etc were changed a long time ago and her driving licence has come back leaving the taxi badge etc to be changed. She changed the name on her car insurance and the agent was fab, used the correct name from the beginning and even wrote off the usual admin fee charged to change details.

We have a clutch of people around us that do know and of course my kids and our daughter have been fab. A few of my work colleagues know about Lucy and have been amazing. One colleague always wants to have a chat with Lucy if she knows she is on the phone. We have a new guy starting at work in 2 weeks and I have spoken to my manager as I want this new person only to know Avril and Lucy. There is not much point in giving the deadname as ‘go live’ is only a week later. This means there are a couple of other people who work in my office and the senior director whose division I work in that I needed to tell before this new chap starts. So, yesterday I spoke to my senior director who was great (he was worried as he thought I wanted a word him as I was going to resign) and said to let him know if I needed any support. I said I was fine, we are great and that my immediate manager has been very supportive. The other people in the office were great too and super supportive.

And then it is the rest……. We are going on holiday abroad on 29th May. Lucy is obviously travelling using her passport, the booking is in her name as are the airline tickets. Therefore this is ‘go live’ day although we won’t have told absolutely everyone by then, the rest we will do when we get back. We are sort of dropping the bomb and running away but this way it gives us some breathing space even though we will be still able to log on to social media while we are away but also gives people a little bit of time to deal with it without us being around. We are not going away on our own, our daughters are coming with us as is one of my sons, his wife and our grandson. It does leave two of my boys back in the UK but they have said they will be fine plus the majority of people I’m sure will be conversing with us.

So what is the plan? The plan changes all the time. We are running out of time to tell everyone face to face before we go away. We don’t want to tell some people too early for fear of Lucy being outed before we have had a chance to tell people in our own way. We are close with one neighbour so need to tell them as she will see Lucy leaving the house for holiday; this neighbour sees everything. We will probably have a chat with them just before we go. I think she will be fine, but again who knows. My parents are away until 24th May which does not give us much time but I am planning on telling them when they are back. One of my sisters knows already which leaves another sister and my brother to tell. My brother goes away just before us and as my parents come back so I only have a small window of time to tell him. I think it will have to be a telephone call after I have told my parents, probably while he is away on holiday. Not ideal but I need to tell my parents first as I am very unsure how he will take the news. I wanted to tell my other sister before I speak to my parents as I think she is the one my mum may lean on. I wasn’t sure how my sister would take it but I rang her this morning and she was great. She said that everything just all made sense as she had noticed some of Lucy’s changes and everything has fallen into place. She was very supportive and said lots of nice things which was a relief. She did ring my other sister immediately after and I understand that was a supportive conversation. I was a bit nervous in telling her as it was a planned phone call which I haven’t done with anyone else but it all turned out well.

Lucy’s mum will need to be told as will her eldest son (the younger son is travelling and estranged from his dad so we will leave the other son to speak to him – we are not expecting a positive outcome). This is Lucy’s issue to deal with and I’m not sure what she is going to do. Her mum does not live locally and we have no time to visit her so I expect it will be a phone call. We don’t any contact with her dad (her parenets are long divorced) but no doubt he will hear via other family members. I doubt he will make contact. When ever I try to talk to Lucy about the timing for telling her son and mother she gets dismissive. I know it is because she is nervous and is not looking forward to the conversation. My kids have said that they will all be there for her eldest son and will do their best to support him but that does all depend on his reaction. Whenever and however she does it, I will be there to support her through this.

Then we have a clutch of close friends. I have mentioned them before. This will be phone calls or a text (they will ring if we send a text as I’m sure they will be convinced we are joking). I have no idea how they will take it. A positive response would be great however in these circumstances you plan for the worst. Watch this space.

In preparation for holiday we have been clothes shopping for Lucy. She has never bought holiday clothes before so it is all a bit exciting. She now has several pairs of lovely shorts, mix and match bikinis, tops, flat sandals (shock horror!) and some really gorgeous swim suits. She went out yesterday and had her eyebrows threaded and AT LAST they were done beautifully with a proper shape and colour. It has really changed her face. She even told the technician after about her situation and showed her some pictures of us out and about. She also had her ears pierced again so now has two sets of earrings in her ear lobes now. For me this was the biggest indication that this ‘go live’ date is really happening. She wouldn’t have had them done as it will affect her refereeing for what is left of the season.

She has decided that she will give up refereeing men’s football. As much as The FA will protect her in regard to the clubs and the players, they cannot control comments from the crowds. She referees at a high level and just doesn’t want to put herself into a position where she will get abuse. Most clubs serve alcohol and all it takes is one drunken supporter to shout abuse and then it just starts everyone off. It is such a shame as football is her passion. She will still referee women’s matches but they are not as frequent as the men’s matches and they are slower paced. Sad times.

I have heard back from the NHS Trust that I had the meeting with. They have arranged for our friend Jo who runs the organisation SEE Change Happen and she is going in to do a taster session with some of the NHS staff. I have been invited to go along too so of course I have accepted. This is next week so it is all happening at once! 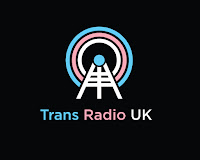 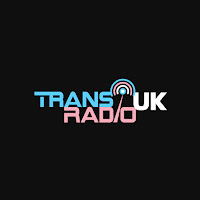 Trans Radio UK is going from strength to strength. Listeners are increasing and are still worldwide. She has now interviewed all sorts of different and interesting people, featured many trans DJ’s and musical artists and their music as well as the mainstream stuff. We now have new logos and are looking to get some t-shirts made up. We are looking to broadcast live from some of the events happening over the next few months. Lucy and the radio station will be featured in the next edition of Transliving magazine too. If you have not liked the Facebook page, please go and like it and share!